Bats in the Belfry

Home > Blog > Bats in the Belfry 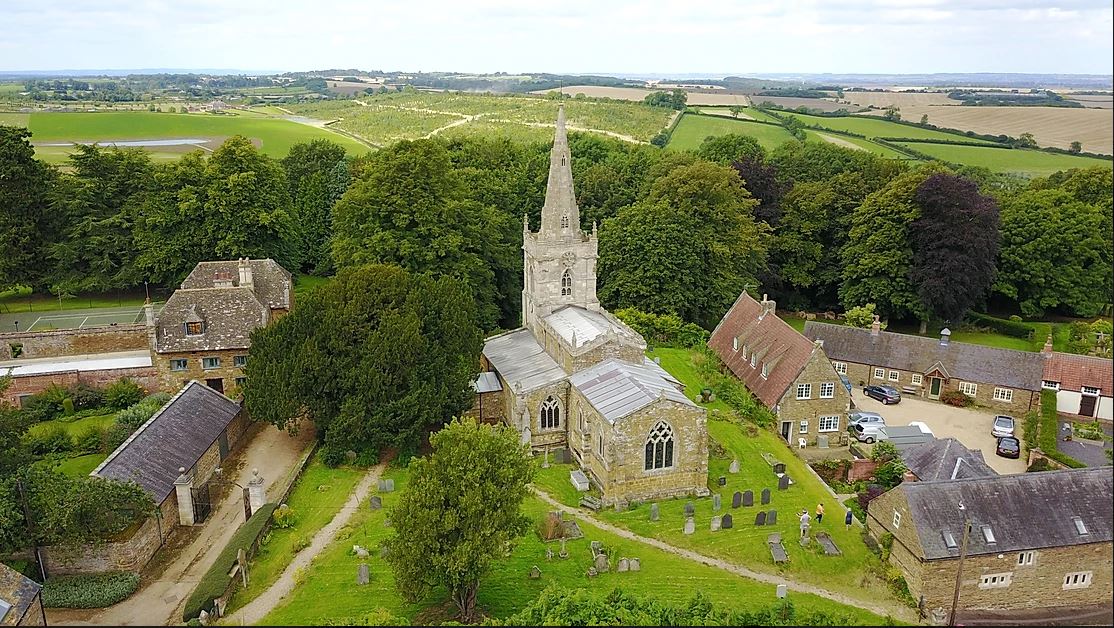 By Claire Boothby, Training and Survey Officer at the Bats in Churches Project.

Six hundred soprano pipistrelle bats swoop and swirl around a grand medieval church on a summer’s evening before slipping through a small gap above a heavy gothic door and finding their way out into the countryside.

It is a sight to behold! This isn’t however an unusual sight in Holy Trinity Collegiate Church in Tattershall, Lincolnshire. In addition to pipistrelles, a maternity colony of approximately two hundred Daubenton’s bats have been using the church for decades.

Of course, Tattershall isn’t alone. While we’ve all heard of bats in the belfry, we don’t tend to think about the value of churches for wildlife. We might consider the value of churchyards, but rarely the interior of the building.

Just over a year ago, I started work on the Bats in Churches Project. While I’d enjoyed carrying out bat surveys before this, I hadn’t quite realised just how important churches are for our British bat species or appreciated the extent of the challenges posed for those caring for these historic and cherished buildings.

Why do bats roost in churches?

Churches give a range of conditions to support bats throughout the year. At this time, maternity roosts, where females gather to give birth and raise their pups, need warm conditions and often the southern areas of the church are preferred.

Sometimes these places of worship can support hundreds of bats, and often multiple bat species will be found using a single church. There are also cooler, more humid areas, for example the crypts, which can be useful for hibernation in the winter months.

Cracks and crevices in the supporting timber frame, roof and eave voids, and roofing tiles can all be ideal roosting sites. Oddly, the belfries tend to be a bit noisy and draughty, so they’re not the best suited areas of a church for these winged mammals.

Some bats are crevice dwellers, whereas others like space to fly into their roost, or space to fly and warm up before leaving in the evening to catch their insect dinner. Essentially, they are big, complex buildings and often provide for the different needs that bats have.

Ten of the UK’s 17 breeding bat species are known to use churches and more have been found in these sites infrequently.

A previous Bat Conservation Trust survey in the 1990s estimated that common and soprano pipistrelles, which weigh the same as a mere 20p coin, were the most frequently recorded in these buildings.

The Bats in Churches project funded by the National Lottery Heritage Fund started in December 2019 and is working closely with over 100 churches with known bat roosts.

This is a fantastic start,­­­ but we need a better overall picture of how bats use churches if we are to better conserve bats and the buildings they rely on.

It’s been fascinating to learn how bats are using churches, but there is so much more to discover. How many churches are used by bats? Why are some churches used by bats and not others? We have some ideas, but a lack of evidence to support our theories. More information will help bat conservation and also help us to develop guidance for those caring for places of worship.

We’ve set up the Bats in Churches Study to look at these questions. Everyone can take part, from those who have surveyed bats for years, to those just starting out! If you go into a church after they’ve re-opened, you may just find the tell-tale evidence of bats, namely droppings and splashes of urine.  If you think you’d enjoy searching for evidence of bats and playing detective, or just learning what to look out for, find out more about getting involved here.

This piece first appeared on the BBC Springwatch blog, you can read the original here.