One of the Bats in Churches project three pilot churches, All Saints in Braunston-in-Rutland is a Grade II* listed church set at the highest point in the heart of the village Conservation Area, so the tower and its small spire can be seen from most approaches.

The church houses three medieval features of historical interest: 15th century wall paintings in the south aisle, a Norman font, and the late medieval bishop’s indent at the chancel step.

Bats have been recorded in the church for decades, but the population increased dramatically in May 2013 when a nearby chimney collapsed and a maternity colony of soprano pipistrelles that had been roosting in the chimney moved into the roof void in the south aisle of the church.

The bats used holes in the ceiling to enter the church and bat droppings could be found on most floors and walls, with a concentration in the south aisle where the most significant heritage items are located.  The cleaning burden and the smell became so acute that at one point it was feared that the church might have to close. Desperate for help, the church wardens contacted their local MP who helped to publicise their plight, which led to the church becoming one of the three pilot churches in the development stage of the Bats in Churches Project.

After carrying out the necessary bat surveys, a specialist ecologist concluded that there was no need for the bats to fly inside the church and recommended the temporary blocking of holes in the ceiling to stop the bats accessing the church from the roost.

Monitoring showed that the temporary blocking had not affected the numbers of bats using the roost so permanent blocking took place in April 2019. Since then regular monitoring shows that the soprano pipistrelle colony continues to thrive, but with no mess or nuisance inside the church.

With the local pub The Blue Ball and the Leicestershire and Rutland Bat Group, the church held a very well attended Beer And Bats Night in August 2019 to celebrate the successful bat mitigation.

The story of the Braunston bats is the basis of the Bats in Churches Project children's picture book The Little Church Bat, available from the Project or online. 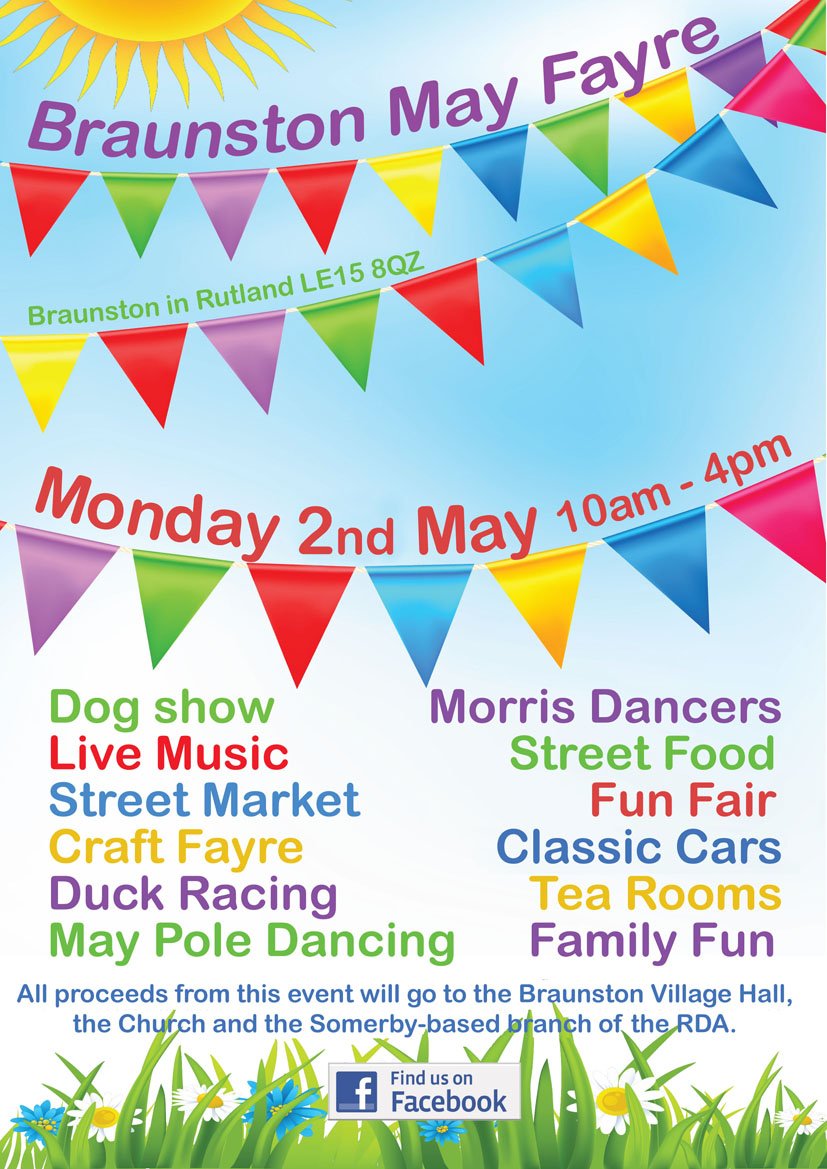 The Bats In Churches Project and Leics & Rutland Bat Group will be inside the church for the Braunston May Fayre.

The peaceful and picturesque village will once again be transformed into a lively whirl of activity with a thriving street market, children's fairground rides, family games, a craft market in the church, Games on the Green outside the Village Hall including a bouncy castle, coconut shy, skittles and the return of the Nerf Gun Range.